On Saturday, the 3rd of June, in the full house of the cinema Kijów.Centrum, the names of the winners of the 57th edition of Krakow Film Festival were announced. The international jury granted the awards to the best documentary, short and animated films, which for the entire festival week competed for the favours of the experts and the audience in 6 cinemas in Krakow.

In the ceremony, hosted by Brian Scott, a journalist and a presenter well-known to Cracovians, participated Magdalena Sroka, the Director of Polish Film Institute, the Deputy Mayor of the City of Krakow, Andrzej Kulig.

In the international documentary film competition, the film ‘Dum Spiro Spero’ by the famous Croatian writer, Pero Kvesić, secured the award. ‘As long as I breathe, there is hope’; says the Latin maxim in the title of the film. The film itself, made by the film-maker struggling with serious lung disease, is an expression of hope. The record of the everyday struggle resembles a special kind of a videoblog – filled with self-mockery and brilliant comments on the subject of life and death. The jury, under the chairmanship of Paweł Łoziński (Poland), awarded the prestigious Golden Horn to the director, who shows to us the beauty of life and love, finding in himself the courage to deal with his own mortality in a way which is full of humour and dignity.

The Silver Horns for the medium-length and feature-length documentary films went to, respectively:

Audrius Stonys for the film ‘Women and the Glacier’ (Lithuania, Estonia) and Lissette Orozco for the

The winner of the oldest competition at the festival – the International Short Film Competition – is the Swiss-Argentinian documentary film ‘En La Boca’; – a poignant testimony of a mother’s love for her son in spite of everything. The jury, under the chairmanship of Agnieszka Smoczyńska, awarded the Golden Dragon to the director for the realistic and respectful depiction of the intimacy between family members, living in poor and dangerous conditions. The film was also given the nomination for the European Film Award in the short film category.

The best music documentary film and hence the winner of the Golden Heynal award, by the decisio of the Jury under the chairmanship of Gitta Gsell (Switzerland), is the American-German documentary film ‘When God Sleeps’; about the life of Iranian musician Shahin Najafi, against whom a fatwa has been issued, for insulting Islam. The film is a portrait of the restless artist, who has to live in hiding and to frequently change his appearance, but nevertheless, he does not stop playing music. ‘This moving story, together with the lyrics of the songs and the tension and rhythm of the film, allowed to create a masterful music documentary film, which absorbs the viewer from the very beginning to the end’; said Gita Gsell, the chairperson of the jury, from the scene.

The Golden Hobby-horse in Polish Competition went to the film ‘The Ugliest Car In The World’; by Grzegorz Szczepaniak – a documentary road movie, which, in a funny and warm-hearted way, tells about the extraordinary relationship between mother and son, who travel through Poland and Germany in order to recreate the events from the past. The jury appreciated the film for ‘depicting moving and full of warm-hearted humour scenes between son and mother during their tender journey by the most beautiful of vehicles’;

The audience award went to the Swedish-Italian director Erik Gandini for the documentary film ‘The Rebel Surgeon’;

For the second time, an important part of Krakow Film Festival was the section DOC LAB POLAND within the frames of KFF Industry – the programme of industry events. The awards for documentary films at the stage of development and at the stage of post-production were given.

During the gala, the guests gathered in the cinema, in a gesture of solidarity, raised pieces of paper with the words #Release Oleg Sentsov and Dariusz Jabłoński issued a short proclamation.

The Ukrainian director Oleg Sentsov was arrested by the officers of the Federal Security Service in 2014. Sentsov was accused of ‘plotting terrorism acts’; In 2015, the film-maker was sentenced to 20 years of prison.

The screening of award-winning films is held on Sunday, the 4th of June, in Małopolski Ogród Sztuki from noon until 8 p.m. 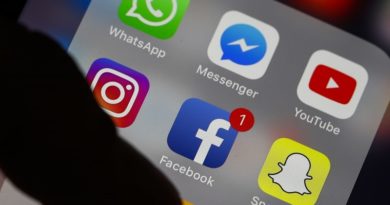