We had visits and built relationships with groups from Al-Najah University,
Boston College, Manhatten College, and from state legislatures in the US.
We also met with experts from German, Canada, France, and the US. We
organized a training workshop on taxidermy and are planning a series of
workshops on research (hands on how to). We received two grants and applied
for three more. We took our first two field-trips of the year. In the ;last
six weeks we submitted five papers for scientific publications. We
completed a series of workshops with school students on recycling,
composting, reducing waste and on environmental stewardship (including
taking them to the field). We hired more people. We received new volunteers
and new individual donations. We are learning new things as we go along
(including from mistakes). We are preparing for the new academic semester
in Palestine and encouraging more people to light a candle better than
cursing the darkness. Our new year resolutions focus on doing more
(optimizing time, training more people, partnerships with more groups,
signing MOUs and acting on them, doing more field work, studying more areas
for threats to biodiversity, more work with young people on environmental
stewardship, work more on pemaculture etc). The next few months especially
after the end of this winter, we are hosting several more international
volunteers and interns. If you like to volunteer, please go this page
https://www.palestinenature.org/support-us/volunteer/ and fill out the
volunteer registration form that you can download from the bottom of the
page. Here is a video specifically for volunteers:

Other news and actions related to peace, justice, and sustainability

Donald Trump is still building a cabinet of rich people who are
disconnected from the reality of our world. The only silver lining is that
such a US administration could potentially push us the common people around
the world to organize better to save our world and not up to the elitist
governments. Even if the US has always been run by the white elite racists
(WERs to use the terminology of a recipient of these emails), people made a
difference pushing (think how we got women’s right to vote, 40 hour work
week, ending the war on Vietnam, civil rights, social security etc). Sure
we still have a corrupt system (e.g. the Federal Reserve run by bankers
printing money as they feel they need to serve their interests and
tax-payers burdened with 17 trillion in debt caused by this system,
elections determined by money and dominated by two corrupt parties/duopoly
etc.). But more people are waking up and not believing the mainstream media
owned by the same WERs ha allows a discourse of discussion only between
“democrat” WERs and “republican” WERs and their mirror Zionists (those who
claim they support “two-states” and those who don’t claim such support for
the mirage).

Truth is available for those who seek it. As I explain to my students
knowledge is out there and you simply have to develop skills of critical
reading (a questioning attitude). Always think: politicians lie so let me
get text and information and data that is opposite of what they tell me.
For example, if the siege on Gaza is about security, why are Gaza fishermen
not allowed to fish further than 3 nautical miles? Is it true that there
are trillions of cubic meters of gas discovered off the Gaza shores? But we
must act if we believe we know what is right. Knowing and not acting is
actually worse than not knowing. So every message I want to focus on
putting out ways people could act. Her are three for this week:

a) Join and support PMNH, see

c) Join and support the work of Jewish Voice for Peace 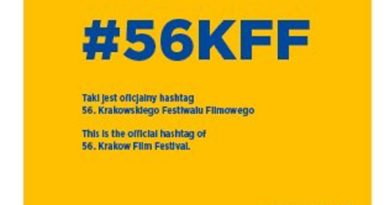 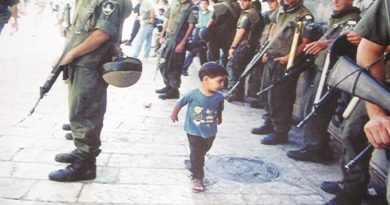