During the 72nd Berlin International Film Festival (Berlinale), Arab Cinema Center (ACC) granted Mouhamad Keblawi, Founder and Head of Malmö Arab Film Festival in Sweden, the Arab Cinema Personality of the year award. This comes in recognition of his contribution and immense support to Arab Cinema through the festival, with an aim to promote Arab cinema in Sweden and Scandinavia.

Mohamed Keblawi is a Swedish-Palestinian director and producer, who has worked in television and documentary film production. In 2011, he founded the Malmö Arab Film Festival in Sweden, which is set on encouraging Arab filmmakers to find more opportunities to tell their stories, and support Arab film projects. The festival screened hundreds of Arab films since its establishment, including Oscar-nominated films; Director Naji Abu Nowar’s Jordanian film Theeb, Kaouther Ben Hania’s Tunisian film The Man Who Sold His Skin, and Palestinian short film The Present by Farah Nabulsi. The festival also featured several award-winning Arab films that have been to numerous international festivals; Wajib by director Annemarie Jacir, EXT. Night by Ahmad Abdalla, A Son by Mehdi Barsaoui, Gaza Mon Amour by Arab and Tarzan Nasser, and Ali, the Goat and Ibrahim by Sherif Elbendary, among others.

Mohamed Keblawi also launched MAFF Market Forum as part of the festival with the aim of supporting Arab film projects and helping them come to light. During its latest edition, the Forum presented monetary prizes worth of $ 250,000. Ever since it was created, this annual prize supported almost 100 projects including Costa Brava, Lebanon by Mounia Akl, Beauty and the Dogs by Kaouther Ben Hania, Captains of Zaatari by Ali El Arabi, 200 Meters by Ameen Nayfeh, Our River…Our Sky by Maysoon Pachachi, Communion by Nejib Belkadhi, Khartoum Offside by Marwa Zein, and Tiny Souls by Dina Naser.

Keblawi is also the founder of Arab Cinema in Sweden, a company that works on the distribution of Arab films in Sweden. These films include Mohamed Jabarah Al-Daradji’s Jordanian film The Journey, Sophie Boutros’ Lebanese film Solitaire, Mohamed Khan’s Egyptian film Factory Girl, and Khadija al-Salami’s Yemeni film I Am Nojoom, Age 10 and Divorced.

Most recently, Mohamed Keblawi received the City of Malmö’s Grant for Art and Culture for the year 2021. This is an annual grant allocated to twelve creators in the fields of music, theater, cinema and literature. From 2015 to 2017, he was a member of the documentary film nomination committee for the Guldbagge Awards, one that is considered as Sweden’s Oscars.

“What Keblawi did by establishing a main venue for Arab cinema in Sweden, is certainly a first of its kind. Through which, thanks to his tireless efforts, he was able to develop a platform for filmmakers in Sweden and Europe, and so Arab filmmakers became quite familiar faces in Sweden. He was able to create an exceptional fan base for a festival that caters for Arab films in Europe. We are honored to grant him the prize, as he continues to expand his horizons each year, whether through the festival or through his distribution and production firms.” commented Alaa Karkouti and Maher Diab, the Co-founders of Arab Cinema Center.

“The prize crowns many years of hard work to try to grant the Arab film a chance to be acknowledged in places that it has never been before,” Keblawi said after announcement of the prize. “Things like the release of an Arab picture in Swedish theaters or Sweden’s funding of an Arab film were fictitious at the beginning of the millennium, this is an achievement which I am proud of. I’d like to thank everyone who helped me reach my goal. I’d also like to thank the Arab Cinema Center for this award, which I’m very proud of.”

Arab Cinema Center (ACC), founded in 2015 by MAD Solutions, is a non-profit organization incorporated in Amsterdam. ACC also provides networking opportunities with representatives of companies and institutions specialized in co-production and international distribution, among others. ACC’s activities vary between film markets, stands,pavilions, networking sessions, one-on-one meetings bringing together Arab and foreign filmmakers, welcome parties, and meetings with international organizations and festivals. Also, the activities include the issuance of Arab Cinema Magazine to be distributed at the leading international film festivals and markets. 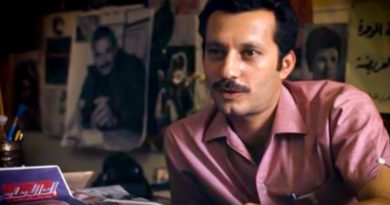 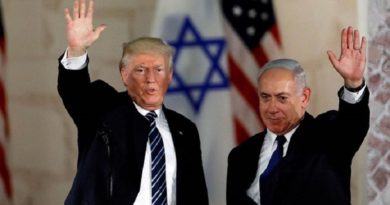 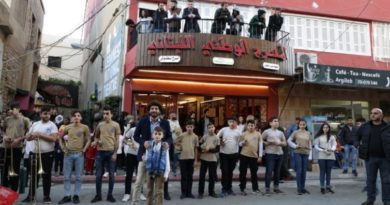