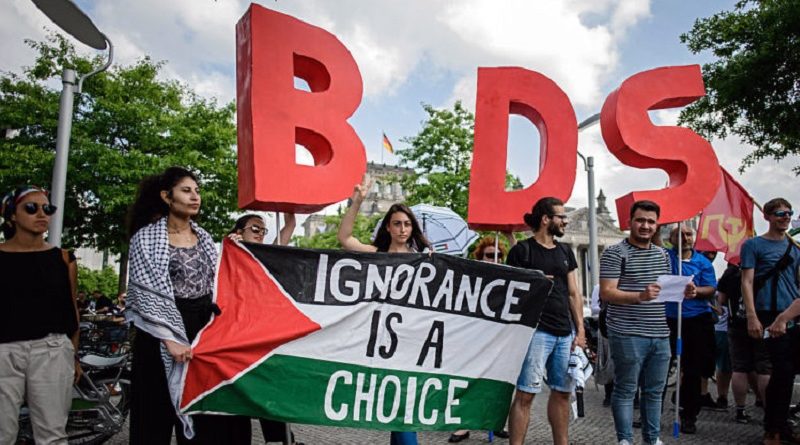 Statement by Palestinian Community in Scotland / Europe on attempts to silence pro-Palestine voices as racist
As members of the Palestinian diaspora in Britain, many of us British citizens, we have long been familiar with the ploys of Zionists and their supporters in politics and the media. We observe the desperate attempts to silence the ever-growing world-wide criticism of Israel’s actions by conflating opposition to Israel’s brutal policies towards our people with hostility to Jews. We urge all to note that pro-Israeli elements  have a vested interest in flagging up, exaggerating and inventing incidents of anti-semitism to achieve the core Zionist aim of stimulating Jewish emigration to Israel/Palestine.

Suppressing a people necessitates suppressing a truth. The current cynical attacks on supporters of Palestinian freedom as ‘anti-semitic’ aims to conceal a truth which cannot be hidden much longer, the fact of Israel as a full-blown Apartheid regime. Bishop Desmond Tutu  noted that, compared to the harshness of the system imposed on Palestine by the Israelis, even the humiliation and violence that Africans experienced in Apartheid South Africa “was a picnic”.

We Palestinians are horrified that David Cameron told a meeting of Zionists he will commemorate the centenary of the Balfour Declaration that launched the colonisation of our homeland by European colonists, and led to our dispossession and expulsion. We condemn the Foreign Office statement that it is “proud of the role that Britain played in supporting the birth of the state of Israel”.

Mr Cameron should hang his head in shame at the crimes against our people that Britain launched, facilitated and supervised until 1948,and defended subsequently; instead he intends to rub salt in our open wounds by celebrating our violation. We exempt the only Jewish member of the Balfour Cabinet, Edwin Montagu, who opposed the Zionist project root and branch and considered Zionism to a dangerous threat to the Jews of Britain and other countries.)

Nearly a million of us (out of 4.6 million) living in the Palestinian occupied territories in 1967 have been seized and imprisoned and routinely tortured by the Israeli military. Since 2000, over 10,000 of us, many of our friends and families, have been assassinated by the Israeli military. Our farms are devastated or seized by Israel, crops burned or poisoned, and our homes are bulldozed, while the US, UK and EU reward Israel despite the war crime of settling over half a million privileged Jewish settlers illegally on lands seized from us by force.

The State of Israel considers us inferior to Jews and treats us accordingly. This fact is openly acknowledged in Israel, is well understood by every Palestinian but is denied by pro-Israel factions here in the UK, a state of denial shored up by cynical accusations of ‘anti-semitism’ to silence critics. It will not silence us; we are not going to give up our long fight for freedom and right of return of the refugees to our homes and lands.

Many of us have suffered in harsh Israeli prisons and, with our multitude of supporters, we will not be intimidated by this orchestrated campaign against us because we believe that the Israeli  occupation of our land will end, the Palestinian refugees will return home, and we will see a day when we determine our future as free women and men. That day will bring forward peace in the Middle East and beyond. We call on all supporters of our human and national rights to stand their ground against this campaign to smear the Palestinian struggle for freedom as racist. We will  not forget those who stand with us now when the hour of our freedom arrives.

Appeal for Donations for the Al-Awda Hospital in Gaza