The Youth of Balata: A Generation of Hopelessness

Steeped in history, the streets of Balata tell many stories. The clusters of concrete apartments and mazes of narrow alleyways that make up the West Bank’s largest refugee camp are indicative of the socioeconomic isolation the camp’s population of at least 17,500 continue to experience decades after they were expelled from their original villages along the Palestinian coast in 1947-8.

The alleyways of the camp are also telling of the turbulent struggles these refugees, now situated on the outskirts of the city of Nablus, have endured in recent times. Throughout Balata, walls are covered in slogans, posters, or murals commemorating those who fell under the second intifada (2000-05), the rebellion in which Palestinians rose up against the Israeli occupation through violent means and where the refugee camps became important bases for the militant al-Aqsa Martyrs’ Brigades and other militias. To date, each neighborhood in Balata features its own collection of “martyrs” peering down on you from posters on the walls, like scars on the buildings.

Recently, a new face has appeared on these walls.

This August marked the first anniversary of the death of Ahmad Naji (twenty-eight), otherwise known as “al-Zabour,” a local resident who died in Palestinian captivity last year. He enjoys immense popularity in Balata, especially among the youth. Posters commemorating his passing are now found on nearly every street corner, by far outnumbering those of a national hero like Yasser Arafat. Several large shrines depict him posing with machine guns or rocket launchers, and a song dedicated to him by a Nabulsian artist has now reached more than seventeen million views on YouTube.

The Making of a Folk Hero

Unlike the martyrs of the intifada, al-Zabour is not known for resounding speeches, nationalist ambitions, or for his resistance against Israel. Rather, he is considered an apolitical figure who made a living through arms trafficking and who came to head a militia of local outlaws.

Scores of idle and unemployed men without any military experience came to roam Balata as self-styled leaders in charge of the streets.

Al-Zabour’s rise to prominence seems to coincide with controversial Fatah leader Muhammad Dahlan’s efforts to arm young men within the refugee camps, both in the Palestinian territories and in Lebanon, in order to fortify his position among the Fatah grassroots and challenge the legitimacy of his chief rival and party fellow, Mahmoud Abbas, the Palestinian president. In Nablus, Dahlan’s campaign is said to have been facilitated by Balata native and Fatah dissident Jamal al-Tirawi, a member of the Palestinian Legislative Council, who began the process of building a substantial militia force in said refugee camp following his release from an Israeli prison in 2013. As a result, scores of idle and unemployed men without any military experience came to roam Balata as self-styled leaders in charge of the streets, and al-Zabour was the most prominent of them

In Balata, al-Zabour is not seen as a simple pawn of the internal power struggles of Palestinian leadership, however. The youth tend to view him as a self-made man who against all odds managed to become a “somebody” in a society of refugees destined for a life in the margins. His appeal also lies in the way he was perceived to reject the political correctness of the older generation.

“We hate all politicians and their empty words,” I am told by a group of men in their early twenties hanging out in a barbershop in the camp’s Market Street.[1] “Our leaders are powerless; we know we never will return [to our places of origin]. The national project is dead. The only thing that is left is surviving,” Tareq (twenty-one) shares after taking a deep drag from his cigarette. “Al-Zabour realized this, he was a bani adam, a regular guy, just like us,” Khalid (twenty) weighs in. “If you want to understand Balata, you have to understand him.”

That is not to say that al-Zabour is viewed as a rebel without a cause. In fact, the local strongman has, in his death, become a symbol of injustice.

After al-Zabour killed a father of seven from the neighboring Askar camp during a conflict in late 2016, the authorities’ struggle to apprehend him intensified. At the time, then-mayor of Nablus, Akram Rjoub, led a hard-handed security crackdown on Balata that intended to uproot the outlaws of the camp, which largely ended with al-Zabour’s arrest in 2017, and eventually, his death. In August 2018, Palestinian authorities reported that he had died after having suffered a heart attack in a prison in Jericho. His family, however, released a counterstatement claiming the police had poisoned his drinking water. Not surprisingly, his funeral in Balata turned into a mass protest against the Palestinian Authority (PA) and its security forces.

While refugee youth still mourn the death of al-Zabour, the relationship between the camp of Balata and the Palestinian police remains tense.

The Cost of Security Coordination

The creation of a Palestinian police was one of the most important features in shaping a Palestinian quasi-state following the Oslo peace accords (1993), as it allowed the new Palestinian Authority to gradually assume territorial control over Palestinian populated areas in Gaza and the West Bank, while coordinating security measures with Israel.[2] The second intifada wrought havoc and destruction on Palestinian infrastructure. In its aftermath, Western donors, primarily the United States and the European Union, stepped in to rebuild the Palestinian security sector and help the PA re-establish a rule of law by funding and training the National Security Forces (NSF), consisting of roughly twenty-five thousand members in the West Bank.

Then-Prime Minister Salam Fayyad insisted that the post-intifada reforms would pave the road to national liberation.[3] However, neither the PA nor its external backers were capable or willing to challenge two fundamental obstacles to any meaningful Palestinian independence: the crippling grip of the Israeli occupation on the Palestinian economy, and its increased military presence in Palestinian self-rule areas. The latter is especially evident in northern cities like Nablus and Jenin–both considered hotspots for militant groups and Fatah activists in opposition to the PA.

In practical terms, this means that a place like Balata on a weekly basis endures incursions by two military powers that tend to treat the refugee camp as a security threat.

Every Monday or Wednesday night, Israeli soldiers take positions around the entrances of Balata to provide a safe passage for members of Jewish settlements seeking to visit the nearby Joseph’s Tomb, a sacred site. Considering their presence a provocation, restless camp youth have made a habit of facing off against the soldiers by chucking stones at their checkpoints. Then, Israeli forces return fire with rubber bullets, tear gas, and sound grenades.

This weekly ritual of violence is usually followed by rounds of arrests, carried out by either Israeli or Palestinian forces, who, according to the camp’s inhabitants, employ similar tactics when rounding up suspects.

“They burst into our houses, and they do not even give the women a chance to cover up,” a social worker from Balata in her fifties explains: “Tell me, how are we supposed to think that this is our police, when in reality they are just running the errand of the Israelis?”[4]

For their part, members of the NSF express that they feel trapped between a rock and a hard place, forced to coordinate with the army of the occupier, on the one hand, and deal with angry camp youth who treat them as the enemy, on the other. “The security coordination is a farce,” a high-ranking officer expressed during a meeting at the forces’ headquarters in Nablus.[5] “The Israelis never inform us about their plans, but they always expect us to clean up the mess they leave, and have our citizens cooperate. (…) In terms of Balata, I feel the situation has gotten better. We are currently embarking on an effort to build trust and mend the gap between us and the shabab (young men) of the camp.”

Pertaining to building trust, it seems the parties still have a long way to go. In August, Palestinian security forces shot and killed a young Palestinian by mistake during one of its raids of the camp. The episode caused residents to block off the entrances to the camp in protest of the PA.

With the Palestinian economy on the verge of collapse due to Israeli confiscations of the PA’s tax revenues, and the hopes for a two-state solution waning quickly, there are few places for youth to go in a place like Balata. Within the camp, members of the UN Relief Agency for Palestinians (UNRWA) report that the unemployment rate is at a staggering fifty percent.[6]

Back in the barbershop in Balata’s Market Street, Tareq and his friends say they have more or less given up their dreams of a life in dignity. “I do not understand how I am ever going to make enough money to get married, and much less provide for a family,” he says. For these refugees, the future has been reduced to an endless and humiliating wait for solutions that never come. “In this reality, you understand why someone would pick up arms, just to send a message, to say that… I do not accept this, and I do not care if I die or live,” Tareq concludes while looking over at his friends for response.

Almost on cue, the youngest of the group, hardly a day older than fourteen, pulls out his phone and shows me a picture of himself seemingly mimicking his hero, al-Zabour, while posing with an M16 assault rifle he says his brother bought from a retired Israeli soldier. His older friends, as it turns out, all have similar pictures on their phones or Facebook profiles.

Amidst this perpetual uncertainty, one thing seems clear. If, or when, a third intifada erupts in the West Bank, the young men in Balata who take up arms, will not carry their rifles for the Palestinian Authority.

[2] Bryjnar Lia, A Police Force Without a State: A History of the Palestinian Security Forces in the West Bank and Gaza (Reading: Ithica Press, 2006). 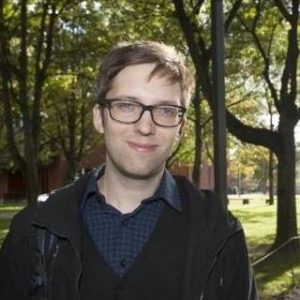