Generation 2015: First Films in the Programme

Thirteen feature films produced and co-produced in twelve countries (Great Britain, Canada, Sweden, Netherlands, Germany, Italy, Denmark, India, USA, Turkey, Australia and Ireland) have already been invited to the two Generation Kplus and Generation 14plus competitions. Many of the so far selected works are set in hermetic environments where young people who are coming of age experience diverse situations that threaten their very existence. The complete Generation programme will be announced in mid January.

The Beat Beneath My Feet – Great Britain

Tom (Nicholas Galitzine) is a shy teenager whose biggest dream is to play rock guitar. When he finds out that his new, cantankerous neighbour (Luke Perry) is a former superstar, Tom seizes his chance. A gritty rock and blues track sets the beat of this gripping directorial debut.

Quebec in the 1960s: Young Jean is trying to figure out who he is. The stories of his father’s immigration and social climb don’t provide the answers. He then discovers his calling in the FLQ, a radically left separatist organization. Gradually he comes to believe that the only path open is violence.

Jennifer’s claim of having been raped by a classmate lies heavily on this idyllic village in the Swedish provinces. In chilling images, the director portrays how this fourteen-year-old and her family are brutally shunned by the close-knit community.

Summer ’89 – the world is in turmoil, inside and out: Nena (rising star: Abbey Hoes) is 16. She is in love and embraces life with unbridled joy. In contrast, her paraplegic father (brilliant: Uwe Ochsenknecht) finds his life increasingly pointless.

Eduardo has all the normal longings and desires of an adolescent. And he does not lack opportunities to live them out. If it weren’t for that little medical problem. A coming-of-age drama about friendship, yearnings and a too-tight foreskin.

Mini the Beetle, and her friends are off on another adventure. With their inimitable, charmingly executed style, masters of Danish animation Jannik Hastrup and Flemming Quist Møller have again teamed up to continue their exciting animal saga.

Pari has decided to help her little blind brother Chotu get his eyesight back. So she sets out with him on a magical journey through Rajasthan where they encounter all sorts of colourful characters. More than anything they want to meet Bollywood star Shah Rukh Khan, who on a poster has promised his viewers “new eyes”.

Being the only girl in a seven-sibling family, nobody pays much attention to twelve-year-old Katelijne. While other children her age are having fun discovering what it means to become a teen, her strict protestant parents and village community see only the temptations of the devil.

In elegiac images, this film captures the meditative life of four novice monks in Myanmar. When they are suddenly left on their own, their world begins to unravel and lose its everyday rhythm. The boys are faced with some of the toughest challenges of their young lives. Then gunshots ring out from the valley far below.

Turkey 1981: on their daily search for bits of coal, three friends defy the bitter cold and poverty by telling each other their hopes and dreams. Their friendship and unwavering courage are stronger than any dangerous obstacle they may encounter.

For Stella (brilliant: Rebecka Josephson), her big sister Katja is beautiful and a divine figure skater. When Stella realizes that Katja vomits nearly everything she eats, she is forced to choose between her concern for her loyalty. At the same time she has her own private worries to deal with.

Eleven-year-old Dylan’s paper planes fly higher and farther than anyone else’s. With this extraordinary talent, he qualifies to compete in the world championships in Tokyo. But Dylan (outstanding: Ed Oxenbould, who also stars in Julian and The Amber Amulet / Crystal Bear winners Generation 2012, 2013) has first to help his father (Sam Worthington) conquer his depression. A marvellous, uplifting family film.

After her mother’s death, Stacey (Lauren Kinsella) moves with her uncle Will (Aiden Gillen) to a remote region in the Irish midlands. As the two cautiously get to know each other, they have to deal with the dark shadows of the past. An astute character-driven study on the need to regain footing and let go, told with a good dose of Irish humour. 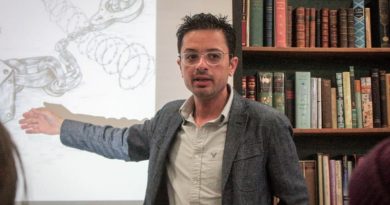