Netanyahu’s “telegenically dead” comment is grotesque but not original

They want to pile up as many civilian dead as they can. They use telegenically dead Palestinians for their cause. They want the more dead, the better.

The Jews gradually are having to depend more and more on themselves, and have recently found a new trick. They knew the good-natured German Michael in us, always ready to shed sentimental tears for the injustice done to them. One suddenly has the impression that the Berlin Jewish population consists only of little babies whose childish helplessness might move us, or else fragile old ladies. The Jews send out the pitiable. They may confuse some harmless souls for a while, but not us. We know exactly what the situation is.

Rather than lard up the point with numerous defensive caveats about what is and is not being said here (which, in any event, never impede wilful media distorters in their tactics), I’ll simply note three brief points:

(1) To compare aspects of A and B is not to posit that A and B are identical (e.g., to observe that Bermuda and Bosnia are both countries beginning with the letter “B” is not to depict them as the same, just as observing that both the U.S. in 2003 and Germany in 1938 launched aggressive wars in direct violation of what were to become the Nuremberg Principles is not to equate the two countries).

(2) In general, the universality of war rhetoric is a vital fact, necessary to evaluate the merit of contemporary claims used to justify militarism (claims that a war amounts to mere “humanitarian intervention”, for instance, have been invoked over and over to justify even the most blatant aggression). Similarly, the notion that one is barred from ever citing certain historical examples in order to draw lessons for contemporary conflicts is as dangerous as it is anti-intellectual.

(3) Anglo-American law has long recognized that gross recklessness is a form of intent (“Fraudulent intent is shown if a representation is made with reckless indifference to its truth or falsity”). That’s why reckless behavior even if unaccompanied by a desire to kill people – e.g., randomly shooting a gun into a crowd of people – has long been viewed as sufficient to establish criminal intent.

One can say many things about a military operation that results in more than 75% of the dead being civilians, many of them children, aimed at a population trapped in a tiny area with no escape. The claim that there is no intent to kill civilians but rather an intent to protect them is most assuredly not among them. Even stalwart-Israel-supporter Thomas Friedman has previously acknowledged that Israeli assaults on Lebanon, and possibly in Gaza, are intended ”to inflict substantial property damage and collateral casualties” because “the only long-term source of deterrence was to exact enough pain on the civilians” (which, to the extent it exists, is the classic definition of “terrorism”). The most generous claim one can make about what Israel is now doing in Gaza is that it is driven by complete recklessness toward the civilian population it is massacring, a form of intent under centuries of well-settled western law.

American journalism is frequently criticized with great justification, but there are a number of American journalists in Gaza, along with non-western ones, in order to tell the world about what is happening there. That reporting is incredibly brave and difficult, and those who are doing it merit the highest respect. Their work, along with the prevalence of social media and internet technology that allows Gazans themselves to document what is happening, has changed the way Israeli aggression is seen and understood this time around. 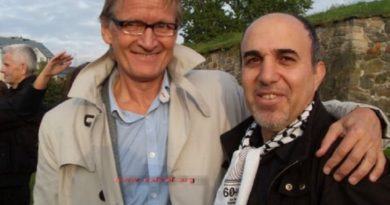