The Romanian-born filmmaker Ana Dumitrescu has won the prestigious Golden Dove in the International Competition Long Documentary and Animated Film, granted by the Mitteldeutscher Rundfunk (MDR). In “Licu, a Romanian Story” (“Licu, o poveste românească”), the former photojournalist films Liviu Canţer, aka Licu, as he shares his memories of the 20th century and all its extremes. In an intimate atmosphere, the 92-year-old talks of the war, expulsions and the post-communist era. During the course of the film, the director becomes more of a visitor than an observer and a relationship based on trust develops between her and her protagonist. The jury praised her approach: “This way goes directly to our hearts, creating a filmic journey which lasts only 86 minutes but for us it is a life lesson.”

Two of Dumitrescu’s other documentaries have already been released in French cinemas.

The Golden Dove in the German Competition Long Documentary and Animated Film was awarded to the Israeli-German coproduction “Muhi – Generally Temporary” by Rina Castelnuovo-Hollander and Tamir Elterman. Muhi, a six-year-old boy was born in the Gaza Strip. He has an auto-immune disease and has spent most of his life in an Israeli hospital, accompanied by his grandfather. Even when his hands and feet are amputated, he demonstrates strength and optimism.

The film was co-produced by the Leipzig-based production company “Neue Celluloid Fabrik”.

The South Korean director Boram Kim won the Golden Dove in the Next Masters Competition for “Baek-gu” („Gae-ui-yeok-sa“). With the help of an old limping dog, the filmmaker becomes acquainted with the inhabitants of a calm district of Seoul, who all seem to live in separate worlds. The prize, which is donated by the Media Foundation of Sparkasse Leipzig, provides financial support to kickstart another film project. The 20-year-old Norwegian filmmaker Maja Arnekleiv won the Golden Dove for the best animated documentary film for her debut “Mum’s Hair” (“Mammas hår”). She captured the physical transformation of her mother – diagnosed with cancer – over two years. She then compiled over 2000 images to create a playful and personal montage of positive memories.

In the International Competition Short Documentary and Animated Film, the Portuguese filmmaker Mónica Martins Nunes won the Golden Dove for best short documentary for “The Ashes Remain Warm” (Na cinza fica calor“), while Ehsan Gharib won the Golden Dove for best animated short film for “Deyzangeroo”, a Canadian production. Both can qualify for an OSCAR® (in the categories ‘Short Film’ and ‘Documentary Short Subject’) if they fulfill the Academy’s formal criteria.

The Golden Dove for the best German short documentary and animated film went to “Megatrick” (“Mega Trick”) by Anne Isensee.

After a break of one year, the Leipziger Ring Film Award for documentaries about human rights, democracy and civic action has been reinstate. This festival’s audience chose the winner. The prize, which was donated by the Stiftung Friedliche Revolution, went to “Silent War” (“Syrie: La guerre silencieuse”) by the Franco-British director Manon Loizeau. It explores the rape of Syrian women and the non-documented war crimes of the Assad regime. Loizeau has already made several documentaries about human rights, for example in Afghanistan, Chechnya and Pakistan.

“Wildes Herz” (“Wild Heart”) by Charly Hübner and Sebastian Schultz won four prizes (the most of the evening). The film is about the northern German punk band “Feine Sahne Fischfilet” and their campaign against right-wing extremism. It is due for release in Germany next April.

Seven Golden Doves and an overall total of 21 awards (comprising 73,500 euros) were awarded at this year’s International Leipzig Festival for Documentary and Animated Film. Tomorrow (Sunday), four of the award-winning films, as well as the audience favourites (DOK Buster), will be screened again. A total of 340 works will have been screened by the end of the festival on Sunday evening.

Click here for more information about the award-winning films: https://filmfinder.dok-leipzig.de/en

See the attachment to read the jury statements and honorary mentions.

You can find stills from all the films at presse.dok-leipzig.de

All images for reports about DOK Leipzig are free. If not stated otherwise, please credit DOK Leipzig 2017 and the film director.

All the awards at a glance

The Romanian-born filmmaker Ana Dumitrescu has won the prestigious Golden Dove in the International Competition Long Documentary and Animated Film for “Licu, a Romanian Story” (“Licu, o poveste românească”). The prize is worth 10,000 euros and is granted by the Mitteldeutscher Rundfunk (MDR). Dr. Ulrich Brochhagen, the head of MDR’s department for history, documentaries and Eastern Europe presented the award.

The Golden Dove in the German Competition Long Documentary and Animated Film was awarded to the Israeli-German coproduction “Muhi – Generally Temporary” by Rina Castelnuovo-Hollander and Tamir Elterman. It is endowed with 10,000 euros.

The South Korean director Boram Kim won the Golden Dove in the Next Masters Competition for “Baek-gu” („Gae-ui-yeok-sa“). The 10,000 euro award, which was donated by the Media Foundation of Sparkasse Leipzig, whose managing director Stephen Seeger presented it, will allow Boram Kim to kickstart another film project. The competition is part of DOK Leipzig and the SLM’s programme for emerging filmmakers. Prof. Dr. Rüdiger Steinmetz, a member of the media council at the SLM, made a speech.

The Golden Dove for the best animated documentary film went to Maja Arnekleiv for “Mum’s Hair” (“Mammas hår”). It is endowed with 3,000 euros.

The Golden Dove for the best German short documentary and animated film went to “Megatrick” (“Mega Trick”) by Anne Isensee. She will receive 5,000 euros.

The Healthy Workplaces Film Award, endowed with 5,000 euros and donated by the European Agency for Safety and Health at Work (EU-OSHA) went to the German production “Schildkröten Panzer” (“Turtle Shells”) by Tuna Kaptan and “Before the Bridge” by the US filmmaker Lewis Wilcox jointly. The prize will allow for the subtitling of the films in several European languages, the production and distribution of DVDs as well as the organisation of screenings.

The MDR Film Prize (3,000 euros) for an outstanding eastern European documentary went to the Hungarian production “Granny Project” by Bálint Révész. The prize was presented by Silke Heinz, an editor at MDR’s department for history, documentaries and Eastern Europe.

This year, audience members voted on which film should win the Leipziger Ring Film Award, which is worth 2,500 euros and donated by the Stiftung Friedliche Revolution. It went to the Franco-Swiss coproduction “Silent War” (“Syrie: La guerre silencieuse”) by Manon Loizeau. The head of the Stiftung Friedliche Revolution’s board of directors Prof. Dr. Rainer Vor and his deputy Michael Kölsch presented the award.

The DEFA Sponsoring Prize, worth 4,000 euros and awarded to an outstanding long German documentary from either the German or International Competitions, went to Charly Hübner and Sebastian Schultz for “Wildes Herz” (“Wild Heart”). The award was presented by Mirko Wiermann, the head of DEFA Film Distribution. The same film won the ver.di Prize for Solidarity, Humanity and Fairness, which is worth 2,500 euros and awarded to films in the German Competition Long Documentary and Animated Film.

The Goethe Institute Documentary Film Prize for best long German documentary, which comprises 2,000 euros, as well as subtitling in up to 10 languages and licence acquisition, also went to “Wildes Herz” (“Wild Heart”). It was presented by Christiane Schulte, a film consultant at the Goethe Institute in Munich.

The Dutch film “Love is Potatoes” (“Liefde is aardappelen“) by Aliona van der Horst won the Prize of the Interreligious Jury, which is worth 2,500 euros and was jointly donated by the Leipzig Interreligious Round Table and the VCH-Hotels Deutschland GmbH, which is in the “Verband Christlicher Hoteliers e. V.” that includes the Hotel MICHAELIS in Leipzig. The FIPRESCI jury awarded its prize in the International Competition Long Documentary and Animated Film to the Cuban filmmaker Alejandro Alonso Estrella for “The Project” (“El proyecto”).

The Young Eyes Film Award, endowed with 2,000 Euro and donated by the Leipzig Stadtbau AG, went to German director Annelie Boros for “F32.2”. A youth jury chose the winner from the Official Selection in conjunction with the Filmschule Leipzig e.V. association. The DOK Neuland Audience Award for the favourite interactive work went to a co-production of India and the US, a 360° film called “Notes to My Father” by Jayisha Patel. The mephisto 97.6 Audience Award for the best animated film in the Official Selection went to “Grandpa Walrus” (“Pépé le morse”) by the French director Lucrèce Andreae.

The Gedanken-Aufschluss prize went to “Wildes Herz” (“Wild Heart”) by Charly Hübner and Sebastian Schultz (Germany). It was awarded by a jury of adolescent and adult prisoners at the JSA Regis-Breitlingen Juvenile Detention Centre to one of several DOK im Knast-nominated films.

The DOK Leipzig and EWA Development Prize for the best documentary film project by a female director was awarded as part of the DOK Co-Pro Market to “Waterproof” by the director Daniela König and the producer Michaela Pnacekova (Kloos & Co. Ost UG). The award is worth 1,000 euros and includes one year of advice from DOK Leipzig. Saxon State Minister for Science and the Arts Dr. Eva-Maria Stange took over the patronage once again.

The Zonta Elster Female Talent Development Prize is a travel bursay worth up to 1,000 euros that enables female producers or directors to participate in the DOK Co-Pro Market in order to further develop their careers. This year’s stipend went to the South Korean director Sinae Ha, who came to Leipzig with a project entitled “The Primate Citizen”.

Please click here for information about the DOK Leipzig juries: 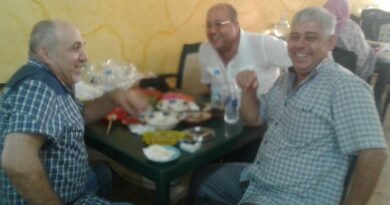 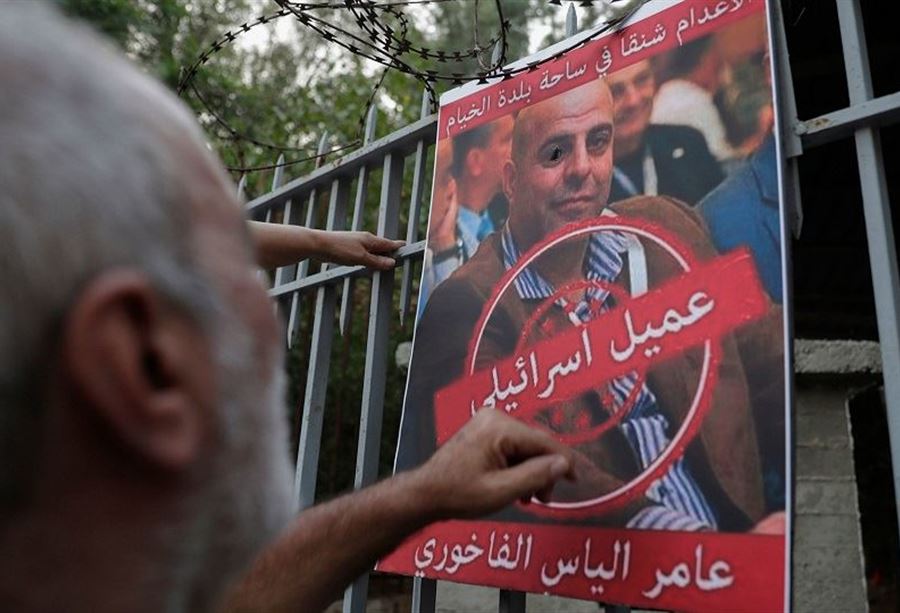 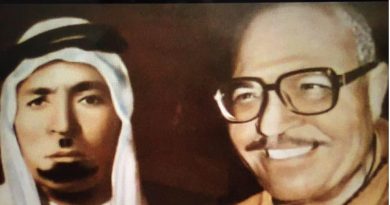