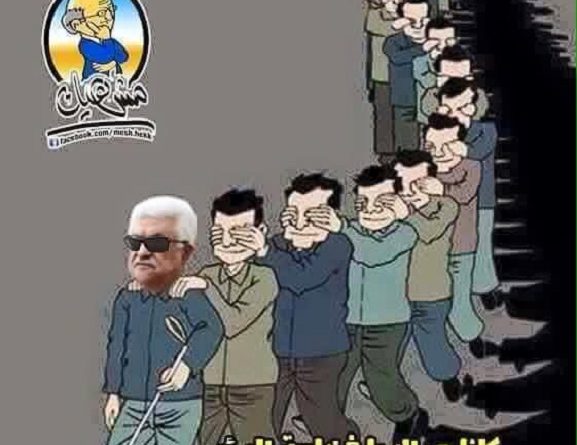 Six men have launched a hunger strike after being arrested by secret police working for the Palestinian Authority in the West Bank.

On Sunday, Basil al-Araj, Muhammad Harb, Haitham Siyaj, Muhammad al-Salameen, Ali Dar al-Sheikh and Seif al-Idrisi started refusing food to protest how they are being detained without charge or trial for indefinite periods.

They will consume nothing but water until they are released, their lawyer says.

According to Samidoun, a group supporting Palestinian prisoners, their detention has been repeatedly extended since they were first arrested at the end of March and the beginning of April. Samidoun has been in contact with the families of the six men.

Muhannad Karajah, a lawyer who is representing the prisoners, told The Electronic Intifada that the PA has not presented any charges against the six men. But a PA official has verbally made allegations against them. The allegations relate to their political activities.

Samidoun believes their arrest took place as part of Israel’s “security coordination” with the PA.

Al-Araj, Harb and Siyaj were picked up on 30 March and told they were just going to be brought in for questioning.

But they were kept for prolonged interrogations and subjected to various forms of torture, including sleep deprivation, stress positions, beating and denial of access to toilets.

For ten days their families did not know where they were.

When their arrests were eventually announced, Israeli media reported they were suspected of planning a “large-scale” attack against Israelis.

Al-Salameen, Dar al-Sheikh and al-Idrisi were detained around the same time. The PA briefly detained a Palestinian student and left-wing activist, Kifah Quzmar, after he posted a comment on Facebook criticizing the detention of his friend and fellow activist, al-Idrisi.

Karajah believes the torture that was inflicted on the men at the beginning of their arrest stopped only after Addameer, a prisoner support group which he represents, and other human rights organizations intervened.

The mother of Haitham Siyaj, 19, says the PA told her that they were holding her son to protect him from Israeli occupation forces.

But publicly the PA has used these arrests as proof of its assistance to Israeli occupation forces.

Just two weeks after the six were swept up, Mahmoud Abbas, the PA leader, boasted to the German current affairs magazine Der Spiegel, “Our security forces are working very efficiently to prevent terror. Just a couple of days ago, three young men were tracked down and arrested. They were planning an attack. In this context, our security cooperation with Israel is functioning well.”

Charlotte Kates, the international coordinator for Samidoun, told The Electronic Intifada it is most likely Abbas was referring to al-Araj, Harb, and Siyaj since there were no other prominent arrests at the time.

Seif al-Idrisi, 26, and Basil al-Araj, 33, are left-wing activists. They regard themselves as independent of the main Palestinian political parties and have been campaigning against efforts to “normalize” the Israeli occupation, according to Kates.

The six are being represented by lawyers from Addameer.

Karajah said the youth were in high spirits.

Al-Araj is being held in isolation, in a cell that is 1 meter by 1.5 meters.

Meanwhile, a new Human Rights Watch report charges the Palestinian administrations in the occupied West Bank and Gaza Strip with rampant abuse and torture of journalists and activists who dissent from the regimes in the two severed territories.

The human rights group notes that as a recent signatory to more than a dozen international treaties, some of which protect free speech, the Palestinian Authority is now in violation of the very treaties from which it has sought protection.

“The Palestinian people fought hard to gain the protections that accompany membership in the international community and their leaders should take their treaty obligations seriously,” said Sari Bashi, a Palestine specialist at Human Rights Watch.

The report notes that the PA – which rules over Palestinians in some parts of the West Bank – has stopped prosecuting civilians in military courts since 2011. But it sees a worrying uptick in formal charges against journalists for “so-called crimes such as libel or ‘insulting a higher authority,’ a relic from the pre-1967 penal code enforced in Gaza and the West Bank by Egypt and Jordan respectively.”

The Palestinian Center for Development and Media Freedoms (MADA) attributes many of the press violations to the frictions between Fatah and Hamas, the rival political parties partly in charge of the West Bank and Gaza respectively.

However, the Palestinian Authority also operates in coordination with Israel.

Though Israel frequently accuses the Palestinian Authority of “inciting” acts of violence against its military and police personnel, it is dependent on the de facto governing body for coordinating raids and arrest sweeps and sharing information on Palestinians.

Yoram Cohen, head of the Shin Bet – the Israeli secret service – praised Palestinian security forces in May this year. He told the Israeli government that PA forces comply with Israeli directions whenever possible.

Israel’s occupation forces have a steady record of arresting and imprisoning Palestinian journalists and activists. A recent report by MADA says Israel’s violations against the press increased by 17 percent during the first half of 2016.

The increase has occurred despite the watchdog describing the rate of violations during 2015 as “unprecedented” and “the highest ever to be monitored in Palestine” since the group began documenting press violations in 2006.

At 2am on Wednesday this week, Israeli occupation forces stormed a radio station in Hebron, confiscating equipment. Raids were also conducted on the homes of its staff. In total, five of the station’s workers were arrested. 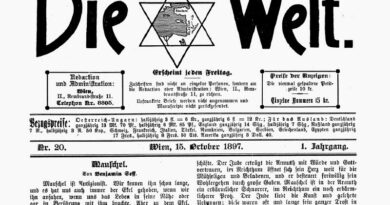 The Anti-Semitic Birth of the Zionist State:- Miko Peled

The Fifth Annual TRANSATLANTYK FESTIVAL POZNAN dates have been set! 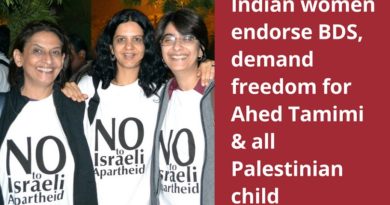