European support of “Israel” and Palestine come up a lot in our
discussions with politicians and even common people here in Spain.
Most of the time it is obvious that European elites feel that they are
being fair by giving a lot of political and financial aid to “Israel”
and some aid to the Palestinian authority. I try to give them some
context by explaining that this is like aiding and abetting Nazi
Germany while also helping the Vichy government in France under Nazi
occupation. Or if this is too harsh an analogy, it is like supporting
apartheid South Africa while also supporting chief Buthalesi (king of
the Zululand). It is blunt but at least it opens up a discussion to
explain about colonialism. 193 countries are members of the UN, more
than 70% of them live in a post-colonial era (ie. Have been European
colonies at one point or another).

The post-colonial countries are stabilized under one of three
scenarios: a) The Algerian model (liberation and removal of
colonizers, many of them generations in the colonized country), b) the
Australian model (genocide leaving so few natives), c) the South and
Central American model (most countries in the world: integration and
coexistence in one country). There is no fourth model that is
sustainable. Israel like South Africa tried containment in enclaves
(bantusanization, people warehousing). It is failing and Israel and
its imperialist allies are trying desperately to keep the mirage alive
of “wanting peace” and “two-states for two people”. That mirage is
merely intended to lengthen the time frame so that more billions can
be pocketed. This is the most profitable occupation in human history
and Israel makes tens of billions of dollars annually (if not over 100
billion) from the occupation. Israel’s economy has been structured to
profit from the conflict and currently over half of government revenue
is dependent on three streams of income all of them would be
threatened if there is peace; a) weapons/security related exports
(tested on the guinea pigs of Gaza every three years), b) foreign aid
($40 billion package of military aid just given to Israel by “Nobel
peace prize” winner Obama as a parting gift of his presidency, and c)
nearly $12 billion from us (captive Palestinians). Some 70% of
European humanitarian aid to Palestinians ends up in Israeli pockets.

We spoke to various groups in areas ranging from environmental
conservation to human rights. I publicized my book on “Sharing the
Land of Canaan” which is published in Spanish. We met with politicians
and with poor people. We met with a research association in San
Sebastian with 1700 members and over 100 researchers working on
everything from forensic anthropology to mushrooms to insects to
environmental impact studies to birds. Like other similar important
institutions (including ours of the Palestine Institute of
Biodiversity and Sustainability at Bethlehem University), they suffer
from shortage of funds, shortage of government support, and from the
neo-liberal models of an economy emphasizing more on consumerism and
less on environmental conservation. We must keep trying though to
convince people that the neo-liberal socio-economic system is not
sustainable and that we residents of this one blue planet face a
challenge that we never faced before with the potential of massive
extinctions of species, massive disruptions, hundreds of millions of
environmental refugees, and much more. We must act TOGETHER urgently
to address these challenges. The elites instead want us to fight each
other based on sects (Jews, Shia’, Sunni, Christian, Kurds etc). That
way they can milk us for a few more billions and some of them think
they will be dead before the world ends!

But almost every minute I am here I am thinking of home. I appreciate
our volunteers and museum staff taking care of things admirably
including the educational and general maintenance activities. School
children and university students come to our Palestine Museum of
Natural History at Bethlehem University to grow and get empowered.
While what I am doing here is important, our work in Palestine is far
more important and I cannot wait to go back. Just yesterday, the
racist apartheid regime demolished a building in Silwan housing 30
people. I thought of that as I noted the forecast that rains are on
the way. I also think of the work accumulating. Next week is a busy
week for us 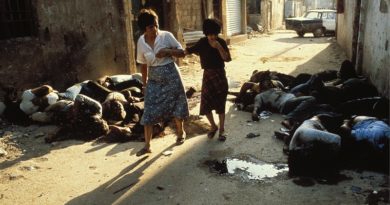 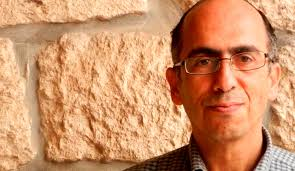