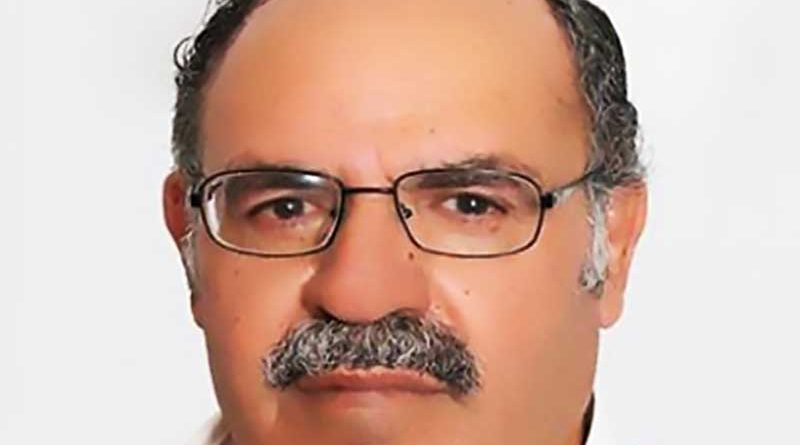 US imperialism, as the creator of crisis on global scale, does not play a mediating role in today’s world. But in Arab – Zionist conflict, US is the main power of the counter-revolution (CR) and leadership of the Zionist aggression.

The last, but not least, is the US president’s declaration that Jerusalem is the capital of the Zionist Ashkenazi Regime (ZAR), and he will move the US embassy from Tel Aviv to Jerusalem. Trump’s last aggression against the Palestinian people is his threatening to cut the US financial “bribe” to the Palestinian Authority (PA). This money is a financial rent aimed at extending the life of the Oslo Accords (1993) until the ZAR finalizes its’ gradual annexation of the West Bank. It is a financial rent paid as a price for political/national compromise. This rent is the third economic war launched by CR against the Palestinians in West Bank and Gaza Strip (WBG).
The first economic war started directly after June 5th 1967 occupation of WBG which:

Those policies create [1] structural dependency on ZAR protected by military occupation. The most obvious of that dependency in the economic scale crystallizes in armed un-equal exchange.
In addition to economic theft of land and labor’s power, ZAR aimed at weakening people’s resistance through absorbing as much as possible number of labor force.

The second war which went in parallel with the first one is the Arab Gulf oil rent which was devoted to deform the resistance movement into a rich one as a deliberate conspiracy to empty PLO of its militancy, through dumping PLO with money and concentrating money supply to the right wing organization to be able to dominate the movement.
Some might debate on this point arguing that the problem was the Palestinian misuse of money was the reason behind bureaucratization of PLO. This was a result not the reason. Because of two reasons:

The Third and most CR destructive economic war was the economic side of Oslo Accords 1993, i.e. Paris Protocol 1995. This Protocol confirmed that rent was and still is the most destructive weapon against our people, and the counter revolution succeeded in that to a large extent.

Before Oslo, the WBG balance of trade deficit was covered by the wages of our workers in the ZAR economy despite of the fact that they were deeply exploited in class terms and humiliated on national and human levels.

In addition to those in working age, most of those workers have been transferred to fill the deliberately industrialized huge space of jobs in the PA, i.e. police, secret police, ministries…etc. This governmental sector absorbs around 300,000 persons who, with their families, represent more than one third of the population. They are the “people of the PA” with a class structure from minister to colonel down to policeman. They are supporting any and all PA politics.  The rest of the society is those who are self-producers, municipalities, local councils and families of immigrants to many places in the world before but mainly because of the eviction of 750,000 Palestinians following the occupation of most of the country in 1948 war, and employees of foreign and NGO’s agencies.

I called this financial dependency the trap since more and more Palestinians depend on rent. When the sources of rent stop, some of those might face a problem. This uncovers why the trap has been established. Oslo trap put as much as possible of the Palestinians under the threat: either to accept the termination of the Right of Return, to stop military struggle, to accept a mini artificial state in Gaza…etc, or to lose your income.

The first manifestation of the trap was after the second Palestinian elections when Hamas movement won the majority of “parliament” seats.

The West cuts the rent directly despite of the fact that the same West especially the US pressured the PA to let Hamas participate in the elections!

Today’s US threat to stop feeding the PA financially needs to be placed in its proper place.

In fact, the source of this money did not come from the US tax payers as the case of huge and various especially military donations to ZAR. US rent “donated” to the PA is originally Arab money that was taken and/or transferred from the Gulf regimes to US budget. Even the Gulf’s aid to the PA is controlled by US Federal Reserve.

Now, since the US rent to PA is Arab money on the one hand, and the US president threatening that he will stop transferring that rent on the other, will the Gulf rulers have the courage to insist on transferring money to the Palestinian people directly and freely?

And, if the US state department refuses that, and it will refuse, will the Gulf rulers and other Arab regimes have the courage to adopt independent and honorable decisions to resist the US aggressive policy through a gradual but steady manner? Such as:

Boycott is the main and most effective tool to challenge the CR especially the western support to the ZAR. It is a form of people’s war that strikes in the heart of capitalist interests in Arab Homeland. Boycotting is a component of the development paradigm Development by Popular Protection DbPP[2].

Each of these two steps and stages of boycotting, or both combined, will, in fact, disintegrate the structure of western interests in Arab Homeland.

Let me elaborate, why was ZAR imposed by force in Palestine and evicted its people? Is it for the sake of God? Is there any logic in the myth that God promised Palestine for the so-called Jewish people while it is inhibited and civilized, not occupied, by the Arabic tribe Kana’an?

All religious covers of the conflict are mere renewable political lies elaborated and industrialized by western and Zionist bourgeois and their organic intellectuals who are from academic and clerical institutions.
The goal of creation the ZAR is western and Zionist domination, plunder, dumping markets, controlling wealth especially oil end for the sake of cashing the unlimited profit. This confirms that boycotting is a direct stab at the heart of capitalism. This is what I meant of hunting the hunter: to challenge the enemies.

Finally, it must be noted that all conflicts and wars against and inside Arab Homeland might be summarized in two main connected targets:

First: The disintegration of Arab Homeland to smallest possible entities in terms of land and people and to re-disintegrate each Arab entity to keep the ZAR as the largest and most inhabited more than any Arab entity.
Second: to impose ZAR at the cost of occupying Palestine and to expand to other Arab land at any possible time.
Then, the equation is so simple. It is to eternalize disintegration of Arab nation and throw Arabs into internal war as the only possible way to keep ZAR safe looting more land, and keep Arab wealth in the hands of Western Zionist capitalism supported by dependent Arab rulers. On the other hand, CR targets Arab nation to stay unable to achieve unity, development and liberation as components of Arab project.

As for those who are dependent on PA’s jobs, most of them save some money through the income they got because it is more than their direct consumption and needs. If they decide to minimize their consumption, they will bear the US pressure for a longer time and it will affect the ZAR’s economy because most of their consumption from Zionist goods.

The dependent producers are already self -dependents and they will suffer less, but they must not, only now, but before decades return more to productive sectors in an adoption of Development by Popular Protection. DbPP.
The groups which will never suffer are those of invisible income, NGOs, employed by foreign associations, agents for several Intelligence services…etc.
The accumulated experience in people’s struggle confirms that the people are ready to challenge the challenge. The people who breed the heroes of hunger strike for several months are able to “tie their belts” when it comes to bargain his Homeland for rent.

[1] Adel Samara, The Political Economy of the West Bank: From Peripheralization to Development, Khamisn Publications, London, 1988.

URL for this article:

Please write to us or send your contributions to: mail@kanaanonline.org. 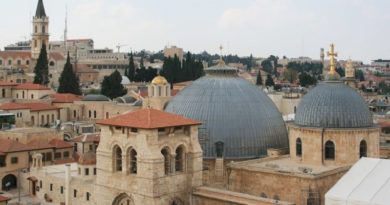 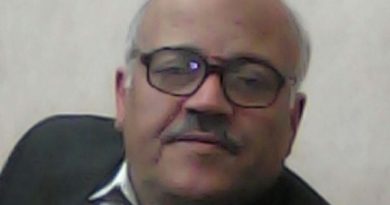