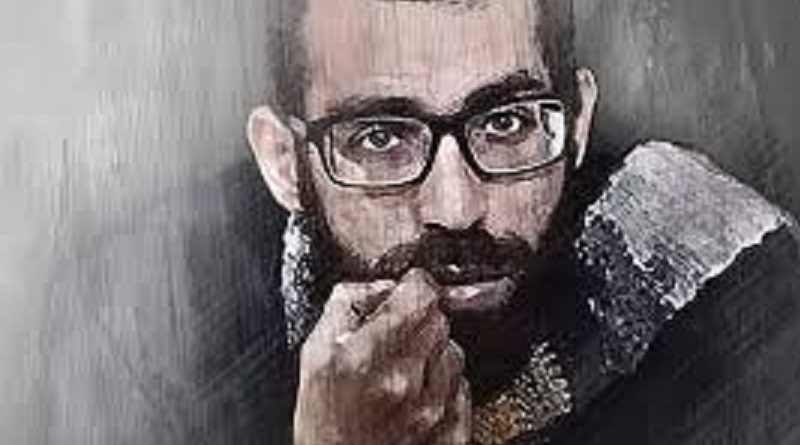 Six Palestinian youth, arrested as part of the Palestinian Authority’s “security cooperation” with the Israeli occupation, are currently on hunger strike and imprisoned in the PA’s Beitunia jail, demanding their freedom.

Basil al-Araj, Mohammed Harb, Haitham Siyaj, Mohammed al-Salamen, Ali Dar al-Sheikh and Seif al-Idrissi have all been held by the Palestinian Authority’s intelligence agencies since late March and early April 2016. Their detention has been extended repeatedly and indefinitely and their lawyers and families are now urging international action and solidarity for their freedom. Samidoun Palestinian Prisoner Solidarity Network has consulted directly with the families of the six imprisoned Palestinian youth, who all urge international action and support by Palestinian communities and friends of Palestine for the freedom of their sons.

Al-Araj, Harb and Siyaj have been imprisoned since 30 March when they were arrested while walking near Ramallah. The three had been labelled “missing young men,” and the PA security forces originally noted that they would be questioned and then returned to their families. However, instead, the three were subjected to torture to induce forced confessions, as reported by their lawyers in Addameer Prisoner Support and Human Rights Association. The Palestinian youth were subjected to sleep deprivation, stress positions, lengthy interrogations, physical hitting and beating, insults and denial of access to the toilet.

Al-Salamen, Dar al-Sheikh and Idrissi was detained around the same time period and their cases connected to one another, and also subject to torture and mistreatment. When Palestinian student and leftist activist Kifah Quzmar was himself arrested for protesting Idrissi’s detention on Facebook, international pressure helped to secure his release.

All six of the prisoners’ detentions were extended for 15 days and then another 15 days, and then for 45 days. Their detention has since been extended repeatedly; there are no charges against them and no allegations. The six were transferred to Jericho prison and then to Beitunia prison in Ramallah. Basil al-Araj suffers from kidney stones and diabetes, while Saif al-Idrissi has a heart condition; they are being denied access to medical treatment.

There is no allegation that these six young people are a threat to Palestinian security. In fact, all are well-known in their communities and families for their commitment to Palestinian freedom. Their arrest, torture and continued imprisonment clearly comes under the auspices of Palestinian Authority “security coordination” with Israel; under the Oslo Accords, the PA is a subcontractor for the Israeli state and its occupation that daily kills Palestinians, imprisons thousands, demolishes homes, confiscates land, builds settlements and prevents millions of Palestinian refugees from returning home.

Indeed, just as PA security forces have boasted of their relationship with Israel in suppressing Palestinian resistance, PA President Mahmoud Abbas told Der Spiegel only two weeks after the youths’ arrest that “Our security forces are working very efficiently to prevent terror. Just a couple of days ago, three young men were tracked down and arrested. They were planning an attack. In this context, our security cooperation with Israel is functioning well.”

The six Palestinian youth have launched a hunger strike to demand their freedom; this action comes after months of detention without charge amid international proclamations that they are being imprisoned due to PA/Israeli “security coordination.” They are being represented by Addameer lawyers Muhannad Karajah and Anas Barghouthi. A Facebook page (mostly in Arabic) has been set up to support them: follow the page at Freedom4Youth. Karajah emphasized that they launched their strike on Sunday after an appeals court refused to allow their release, citing a threat to “public order.”

The six youth are:

Basil al-Araj, 33, of Bethlehem, who holds a pharmacy degree and works as a researcher in Palestinian oral history and is active in Palestinian civil society, boycott and anti-normalization campaigns.

Mohammed Harb, 23, of Jenin, an electrical engineer and graduate of An-Najah University, working as a trainee in an engineering office in Ramallah. This is his first time in political detention.

Haitham Siyaj, 19, of al-Khalil is a former prisoner who spent one year and three months in Israeli prison and was released only eight months prior to his arrest by PA security forces.

Seif al-Idrissi, 26, of Tulkarem, was arrested from his home. He holds a marketing degree and was working at a private firm; he was previously interrogated and detained by PA security forces.

Mohammed al-Salamen, 19, of al-Bireh, is a first-year student at Birzeit University and was arrested after being summoned for interrogation. This is his first experience with arrest and detention.

Ali Dar al-Sheikh, 21, is from the village of Biddu and his family lives in Bir Nabala. He was arrested, for the first time, after being summoned to interrogation. He works in a shoe store in Ramallah.

Samidoun Palestinian Prisoner Solidarity Network revives and renews its call for international solidarity with these six detained Palestinian youth, prisoners of security coordination.  There are currently four Palestinian youth also on hunger strike inside Israeli prisons. Samidoun emphasizes that 4+6 = 10 – that support for all of these prisoners comes hand in hand as a comprehensive defense of Palestinians under attack and facing imprisonment at the behest of the Israeli occupation. We urge that international voices be raised to demand the immediate release of these six youth on hunger strike an and end to the policies of security coordination that further threaten Palestinian life and freedom at the behest of the occupation.

1. It is critical that official Palestinian institutions hear from Palestinian communities in diaspora and exile and from friends of the Palestinian people in support of the six detained Palestinian youth.

We urge you to CALL the Palestinian Mission to the United Nations at +1 212 288-8500 and EMAIL the mission at palestine@un.int.

* Tell the mission that you are calling as a supporter of Palestine or as a Palestinian and your location, regarding the case of the six Palestinian youth detained in PA prison in the West Bank.

* Tell the mission that you are urging the immediate release of the six detained Palestinian youth who are currently on hunger strike in Beitunia prison.

* Tell the mission that PA security coordination with Israel only hurts the Palestinian people.

We also urge you to CALL the office of PA Prime Minister Rami Hamdallah in Ramallah at + 970 229 68989, or EMAIL the office at info@pmo.gov.ps. Please emphasize the same points above and the importance of the immediate release of the six youth. 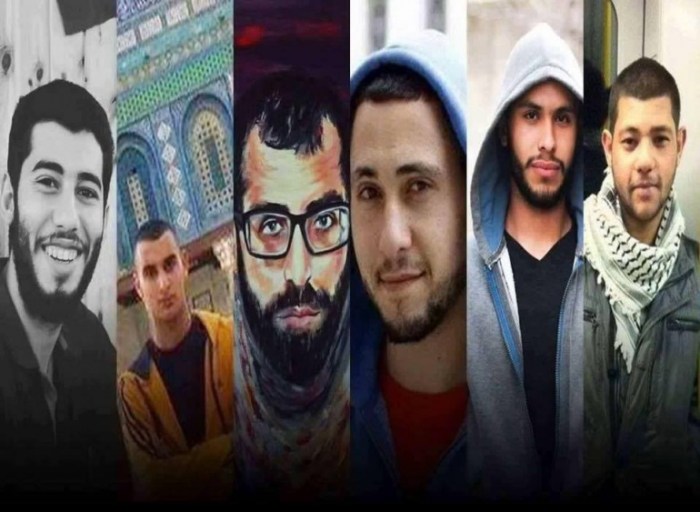 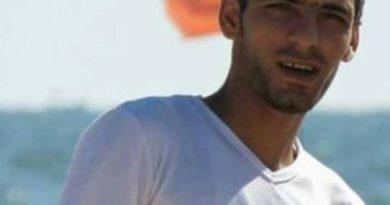