The full list of the winners and awarded films.

For the author of a film who shows us beauty of life and love, finding the courage to deal with one’s own mortality in a humorous and dignified way.

THE SILVER HORN for the director of the best medium‑length documentary film – Audrius Stonys for the film THE WOMAN AND THE GLACIER (Lithuania, Estonia)

For a unique and poetic approach to documentary film making. This film is an experience of contemplation and silence where movement, time, life and death become the elements of our inner landscape.

For a film in which the young director tells the story of a family with a secret as dark as her country’s latest history. She shows that for each one of us revealing the truth and dealing with it is a matter of personal courage. She lets us partake in her internal struggle and fascinating process of purification from the difficult past.

SPECIAL MENTION for Marcin Borchardt for the film THE BEKSIŃSKIS. A SOUND AND PICTURE ALBUM (Poland)

For a touching story about complex family relations rendered visible using the modest form of a family album.

For an interesting artistic marriage of genres which produced a film rebel child.

The FIPRESCI (International Federation of Film Critics) Jury consisting of: Barbara Głębicka‑Giza (Poland), Antti Selkokari (Finland), Kaj van Zoelen (The Netherlands) has decided to award the International Film Critics Prize to Audrius Stonys for the film THE WOMAN AND THE GLACIER (Lithuania, Estonia), a film that has the refreshing audacity to use cinematic language as its main tool of expression. Without the need for words the film shows human insignificance in the majestic setting of nature.

KFF Recommendation to the European Film Award:
THE BEKSINSKIS. A SOUND AND PICTURE ALBUM

GOLDEN DRAGON for the director of the best film – Matteo Gariglio for the film EN LA BOCA (Switzerland, Argentina)

Cinema can elevate an everyday life situation, such as the one of a family living in the neighbourhood of a football stadium, to something that acquires a universal meaning with a profound sense of humanity, touching for the audience. For its realistic and respectful portrait of the intimacy between all the family members living in what may be considered the most dangerous and poorest conditions.

For courage to pose painful questions and open up about her own personal story, using simple methods to portray complex family relations.

For its personal and brilliant approach to the rotoscopic animation technique and to the exquisite relationship between the text and the rhythm of paintings made alive.

For a poignant portrait of a woman who has to face the choice between life and death, freedom and captivity in the world where no rights exist.

The International Federation of Film Societies (FICC) Jury consisting of: Samiran Biswas (India), Eva Campos Suárez (Spain), Sylwia Hamerska (Poland) has decided to grant the Don Quixote Award to the film RETOUCH directed by Kaveh Mazaheri (Iran) and the Special Mention to the film THE ORIGIN OF TROUBLE directed by Tessa Louise Pope (The Netherlands)

GOLDEN HEYNAL for the director of the best film – Till Schauder for the film WHEN GOD SLEEPS
(USA, Germany)

Out of the ten loud, emotional and inspiring music films, all of them set in a social context which offers depth and insight into different genres of music, we were blown away by the emotional impact of the film ‘When God Sleeps’ by Till Schauder. A touching story, combined with the lyrics of the songs and the suspense and rhythm of the film, helped to create a masterful piece of a music documentary which pulls you in from the beginning to the end. This kind of cinema is intimately close to the characters and enhances the atmosphere of the music. Every story we saw is related to the sense of artistic and existential alienation, but ‘When God Sleeps’ manages to cut to the core of it in every aspect. It gives voice to the universal artist’s condition through the portrait of a unique personality. The so-called Salman Rushdie of rap music, Shahin Najafi is not only a refugee singer but also an ultimate artist, ready to risk his life to remain on stage and perform. We watch him up close, while his talent and courage become an unbearable burden for him and his closest ones. Even though Shahin Najafi is the main figure in the film, all the people involved in the story have their own voices. This balance enables us to see everything from a variety of perspectives. We would love this award to be the starting point for a long series of successes worldwide.

For depicting the relationship between a son and a mother, touching and full of warm humour, in the tender journey in the most beautiful vehicle.

In appreciation of a colourful and wise story about the encounters of people from different worlds, which is transforming both for the characters and the audience.

For engaging us into a visually captivating kaleidoscope which reveals the truth about our helplessness when confronted with the immensity of life and our own imperfection.

In appreciation of an evocative and unique story about loneliness, rejection and hope for sharing intimacy with another human being.

In appreciation of an analytical portrait of passing, which, under mundane activities, hides a profound secret of the loneliness of those facing life’s end. In the overwhelming emptiness left after a man, we can see the reflection of our own face.

The Award of the Polish Filmmakers Association for the best film editing – Ziemowit Jaworski, Michał Marczak and Katarzyna Orzechowska for the film Zhalanash (dir. Marcin Sauter)

THE AWARD OF THE STUDENT JURY 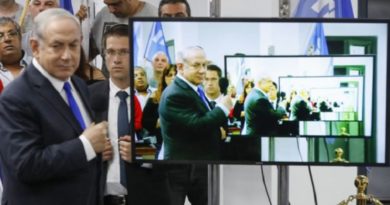