41 films will see their world premiere at this year’s DOK Leipzig festival, 29 documentaries and 12 animations. The Official Programme, which comprises five competitions and the International Programme, will also feature a number of international premieres. All 80 films in competition will be presented for the first time in Germany.

This year’s competition section is marked by the great political crises of the present day: the upheavals in Ukraine, the war in Syria or the consequences of the Arab Revolution are at the focus of multilayered artistic works.

DOK Leipzig will open on 27 October with “CITIZENFOUR”, which deals with an explosive issue and will also compete in the International Competition: a film about Edward Snowden and the headline-making exposure of the surveillance programmes run by the American intelligence services. It’s the last instalment of a trilogy the US-American filmmaker Laura Poitras began after 9/11.

A total of 46 documentaries and 34 animations are competing for the coveted Golden Doves. The films come from 31 countries, including classic cinema nations such as France, Poland or Belgium; but of course the line-up also includes numerous productions from Asia, Latin America, the US, Central and Eastern Europe. This year, there is also a remarkably strong presence of films from the Arab world and several African countries.

During the festival week, 170 works will be screened in various Special Programmes in addition to the 198 films in the Official Programme. All in all, DOK Leipzig will present a total of 368 films from 62 countries this edition.

Hummus for the Homeless: Ramadan 2016 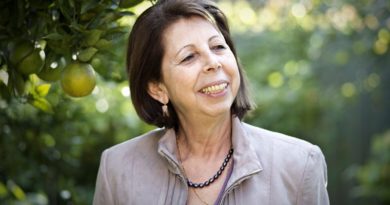 Al-Awda: the Theme of Return in Contemporary Arabic Literature: a Case-Study of Samira ‘Azam. By Nejmeh Khalil-Habib

World Premiere of Django to Open the Berlinale 2017