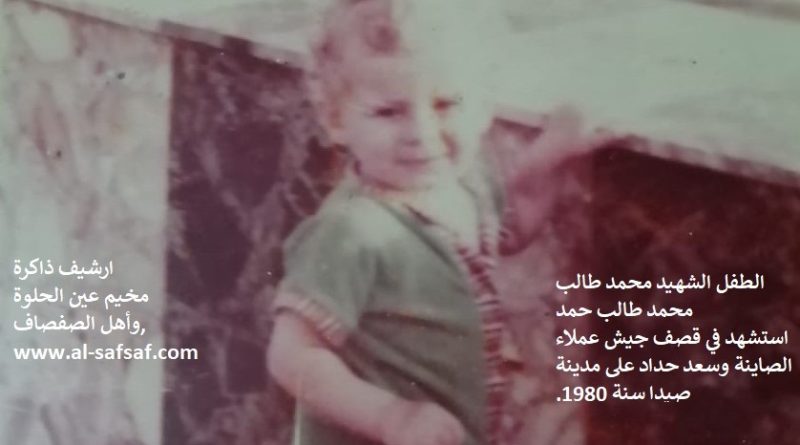 At the time of the mortar attack by the traitor Saad Haddad took place in the area of Dr. Walid Qusub’s neighborhood near Saida, I was visiting my cousin’s house Talib Hamad where his wife, their three children, his parents, and his brother Fareed were living which was not far from Ain El-Helwi refugee camp, which is the largest Palestinian refugee camp in Lebanon.

I picked up baby Mohammad after the first bomb hit the garden in the front of the building and then the second missile hit the first floor of the building. The flat was owned by the Shamma family who was a Palestinian family from the city of Akka, Palestine. At that tense moment with children and women screaming, another missile hit the building again. The shrapnel hit the body of little Mohammad who was only about a year old. His mom who then rushed from the kitchen to the balcony was also hit with shrapnel in the chest. She was lucky, Mohammad was not.

Sadly, Mohammad’s injury was fatal and he died in my hands after my clothes and hands turned red from his blood. I still remember this scene, the moment of sorrow, anger, blood, the sound of missiles falling down, and the screaming of the civilians in the neighborhood.

On January 11, 2022, Mohammad’s father and my cousin passed away at an age of nearly 80. Talib left Palestine as a little child with his family when they were expelled from the village of Sousaf, Palestine in 1948 and they settled in Ain El-Helwi refugee camp in southern Lebanon. He received his early education at UNRWA schools inside the camp.

Talib Hamad was an excellent student. After high school, he left to study in Pakistan during the 1960s. After he finished his study, he returned to Lebanon and from there, he traveled to the United Arab Emirates where he worked for many years. As far as I remember, Talib worked in TV and radio stations and had something to do with the English language.

I met with my cousin Talib in Abu Dhabi with a bunch of my cousins (the late Ghazi Hamad, Abu Abed, and Tarek Hamad Abu Ali) in 1979 and 1980 to help him get his home ready as he was expecting his wife and their three children to join him from Lebanon.

Sadly before that and during the dreadful day of Mohammad’s murder, I happened to be visiting my aunt Nazha (Em Talib), my dad’s sister, and Talib’s mother. I used to call the neighborhood Farid Hamad’s neighborhood after my beloved friend and cousin Farid, who is Talib’s brother and who died a few months before his nephew Mohammad. Farid was also his parents’ youngest son and the bravest. He was always there for the family. With his death, the house lost its joy and guardian.

Dalal (Em Wissam) and her husband Talib had two other children when Mohammad was murdered. They were Wissam and Faten. They were all under 10.

The last time I met my cousin Talib was in 2018 in Saida, Lebanon. He was sitting on a bench in front of Bank Audi, which is located in front of the Hilton Cinema or Movie Theater. I sat with him for a while where we were later joined by my cousin Houssien Ali Hamad who was coming from the U.S. I was asked by Talib about exactly what happened on the day his son Mohammad was martyred. He was sad and devastated by Mohammad’s death, which he referred to as the “Heaven’s bird” that flew to his God’s Heavens, following the mortar attack by the traitors of agents of Saad Haddad. Later on, Saad Haddad’s militia became known as the army of the agent Lahad.

Rest in Peace, Mohammad, Talib, Fareed, Em Talib and Abu Talib, and all beloved ones.

Nidal Hamad is an author, blogger, and journalist who lives in Norway. 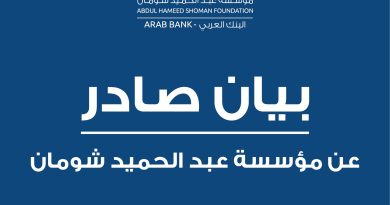 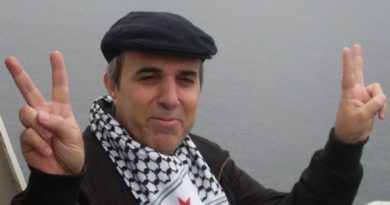