For the 16th time, film projects that are still in the development phase are being given the opportunity to find co-production and financing partners at the DOK Co-Pro Market. Filmmakers submitted more than 300 projects this year, of which 36 projects from 33 countries were ultimately selected.

“2020 — what a complicated year in so many ways! We are so proud of the 36 projects selected for the DOK Co-Pro Market and grateful that despite the many challenges, filmmakers and producers are still pushing to create new works that challenge not only the world around us, but also storytelling and the genre more generally,” says DOK Industry head Brigid O’Shea. “Inequality, a lack of diversity and a lack of storytelling sovereignty have snapped into razor-sharp focus during this time of crisis, and we won’t be ignoring this in our programming.”

Many of the selected projects question the status quo in society. Climate change and its effects, protest and revolution as well as stories from underrepresented communities have just as much of a place here as family stories. The motifs include timeless content such as love and sexuality, trauma and violence, the ways in which artists’ lives are shaped and how they find their identity, and sport and dance.

This year, the DOK Industry Team was assisted in the selection of projects by industry programmer Selin Murat, who is the director of that part of the Montreal International Documentary Festival (RIDM) and Alex Tondowski, whose production company Tondowski Films (Germany) has already won several awards.

The DOK Co-Pro Market will again be held on the first two days of the festival. Over 250 industry representatives will meet potential partners on 26 and 27 October. This year, the 900 individual meetings will be moved online and organised across all time zones. In order to prepare the participants for the new situation in the best possible way, there will be a workshop on online pitching prior to the DOK Co-Pro Market.

In addition to the individual meetings, the DOK Industry team will offer an accompanying online programme that will open up space for discussion and debate and include events on the topics of distribution, co-production and co-financing.

“The digital edition of the DOK Co-Pro Market gives the event the opportunity to try new things, including greatly increasing the number of producers without projects who can participate in the Open Programme and in the meetings with projects,” says O’Shea. “The goal of this is to create a new, strong and diverse network of producers collaborating internationally and to create new kinds of support networks through the crisis. To link documentary professionals around the world despite the restrictions has been one of the main challenges to overcome. We also are very excited to still welcome producers without projects and producer delegations, in particular from Chile, Poland and our partner IEFTA.” It is still possible to apply as a producer without a project at DOK Leipzig by 25 September.

As last year, four awards will be presented in the context of the DOK Co-Pro Market.

For the second time, a prize from the Saxon State Minister for the Arts is awarded to an outstanding documentary film project by a woman director. The 5,000 euro prize has been donated by the Saxon Ministry of Science and Art and will be presented at the festival opening on 26 October.

The European Women’s Audiovisual Network (EWA) is also continuing its partnership with DOK Leipzig. Together with EWA, the festival will award a development prize of 1,000 euros to a documentary filmmaker who participates in the Circle Women Doc Accelerator training programme. In addition to the prize money, the filmmaker will receive guidance in the further development of her film.

Once again, the Current Time TV and DOK Co-Pro Development Prize will be awarded to a documentary film project from eastern or central Europe. It is endowed with 2,000 US dollars and is awarded by DOK Leipzig and the Russian-language channel Current Time TV.

“We are looking forward to greeting everyone online and promise you an efficient, relevant and effective experience,” says Brigid O’Shea in closing.

Images of the DOK Co-Pro Market and logos can be found here.

The 63rd edition of DOK Leipzig will be held as a hybrid festival this year. In addition to cinema screenings for the Leipzig audience, a large part of the programme will be shown online throughout Germany. Film talks, podcasts and the industry events of DOK Industry will be available online. Accredited guests are able to view festival films online worldwide.

Would you like to be accredited for DOK Leipzig 2020? Please, register with a new account on myDOK by 18 October and use this form to apply for your online accreditation. 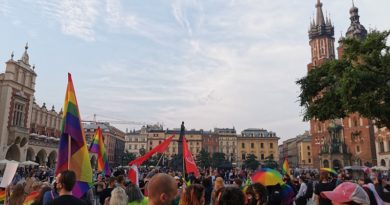 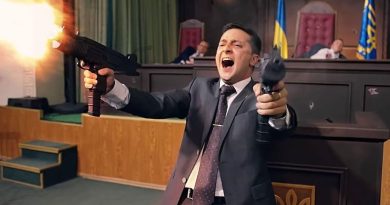