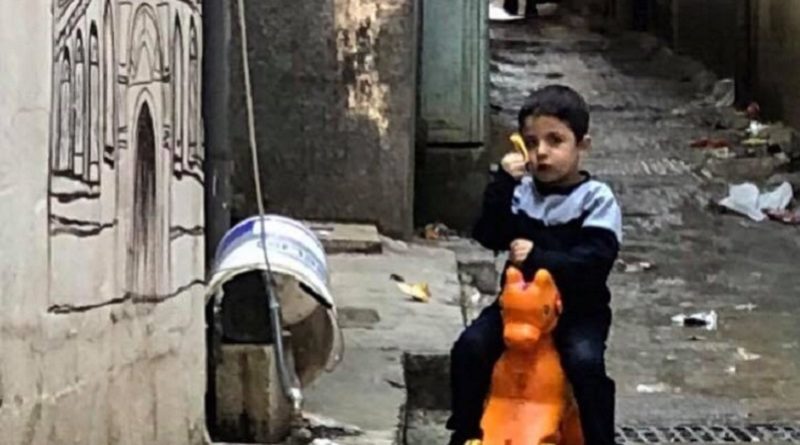 A forecast by the Lebanese-Palestinian Dialogue Committee and obtained exclusively by Arab Reporters for Investigative Journalism (ARIJ) is that between 70 and 80 per cent of Palestinian refugees in Lebanon are susceptible to Covid-19 infection. Despite this, the evidence suggests that the refugees are facing the pandemic more or less on their own.

As of 5 October, according to the UN Relief and Works Agency for Palestine Refugees (UNRWA) the total number of Covid-19 cases among Palestinian refugees in Lebanon was 1,282 with 478 active cases and 31 deaths. Based on these numbers, the General Director of the Rafic Hariri Government Hospital, Dr Firas al-Abiad, tweeted that the Covid-19 mortality rate among Palestinians in Lebanon is 2.4 per cent, “more than double Lebanon’s 1 per cent rate.”

At the very least, it is estimated that 36,000 Palestinian refugees will need intensive care out of a total population of 224,901, which includes camp residents and Palestinian refugees from Syria, a statistic taken from the Committee’s document. Given that the mortality risk is higher for those aged 70 and over, around 10,825 Palestinians are already vulnerable.

Dr Hassan Mneimneh, a former education minister and the Committee’s Chairman, is seriously concerned about the difficulty of maintaining social distancing and limiting the spread of the virus. “Social distancing is impossible due to overcrowding in the camps,” he said. In Burj Barajneh camp, for example, the population density is 80,000 people/km2, meaning that camp residents share rooms with at least five and up to ten others.

Conditions are similar in Ein al-Hilweh camp, where seven to eight people live in small two-bedroom apartments, according to Adnan Al-Rifai, a member of the camp’s Popular Committee. “The danger is overwhelming and frightening, and the prospect of the virus spreading in the camps is truly catastrophic… our medical and healthcare facilities are limited,” he told ARIJ.

Ten per cent of suspected Covid-19 cases in the camp will test positive, according to projections by the Central Health Crisis Management Unit. In other words, 40,000 camp residents will be afflicted by the virus.

The unit is headed by UNRWA and is focused specifically on medical assistance. Membership includes Palestinian factions and committees as well as international and civil organisations working in the refugee camps.

Palestinians in the camps complain about the absence of preventive and precautionary measures to combat the spread of the virus. This is especially important given the threat of a second wave, which would have a negative effect in the already overcrowded camps whose residents are denied their most basic rights.

UNRWA is the agency responsible for the official Palestinian refugee camps, yet has been slow in its response to the current crisis under the pretext of a lack of funding and expertise. The Lebanese government, meanwhile, is only involved at a security level, and has largely abandoned all humanitarian or legal obligations towards the refugees. Between the negligence and disinterest of the government and the weakness of UNRWA, the Palestinian refugees are left with minimal support.

On 13 March, the government requested international organisations to provide healthcare and medical assistance, and implement measures and controls to limit the spread of the virus in the refugee camps. This was in accordance with the current law governing its work, specifically Article 123, which outlines the Ministry of Health’s responsibilities.

“UNRWA did not take responsibility until we put great pressure on them,” explained Ahmed Abdel-Hadi, General Secretary of the Palestinian Forces Alliance as he announced the suspension of the group’s membership of the Central Health Crisis Management Unit.

Although critics of UNRWA say that its financial deficit has been used as an excuse even though it was possible to resort to other solutions to collect the funds needed to help combat Covid-19, the Secretary of Fatah in Lebanon, Major General Fathi Abu Al-Ardat, believes that the Agency has improved. It has, for example, opened a quarantine centre in Siblin, in cooperation with Doctors Without Borders. “This was the beginning of UNRWA’s involvement in light of US funding cuts, which constitute a third of their budget,” he told ARIJ.

Rashidieh Camp is home to 10,000 Palestinian refugees; according to its residents, the safety measures there are better than other camps. In Nahr al-Bared Camp, though, young people have volunteered to clean and disinfect the area because, as one resident, Ziad Junaid, claimed, “UNRWA does nothing at all in Nahr al-Bared.”

In Ein al-Hilweh camp, which has a population of 36,220 in an area of less than two square kilometres, it seems to be business as usual. People from neighbouring areas have apparently been staying in the camp during the general lockdown, with no obvious social distancing.

In response to such criticism, the Head of UNRWA’s Health Department, Abdel Hakim Shana’a, has pointed out that the agency sterilises all of its centres, but not the camps and the streets. “A study by the Lebanese Medical Association suggested that sterilising public areas would be harmful for the environment, so we opted not to.”

The UNRWA spokesperson in Lebanon, Hoda Samra, outlined steps taken by the agency to tackle the pandemic in coordination with the Lebanese Ministry of Health and the World Health Organisation. Awareness campaigns have been implemented at all UNRWA centres and on social media, while sterilisation and sanitation equipment has been placed in all clinics along with a reduction in the number of routine appointments; priority is given to urgent cases. Contact details for the Ministry of Health have also been disseminated so that officials can be informed of potential or suspected cases. The agency has also committed to paying for tests when infection is suspected. The quarantine centre in Siblin can accommodate 100 patients, and UNRWA is busy equipping two additional centres in Ein El-Hilweh and El-Buss Camps.

Nevertheless, a delay in opening the first centre means that criticism continues to mount as the number of infections rises. “Just like governments around the world,” Shana’a explained, “we were not equipped to respond to Covid-19. Even so, any case inside any of the camps will lead to an immediate medical alert, as it could potentially cause a health disaster due to the overcrowding.”

Lebanon’s Minister of Public Health, Hamad Hassan, was also critical of UNRWA. “The injustice and failure to support our Palestinian brothers through UNRWA will not be forgiven by history,” he declared after cases were confirmed in the Palestinian refugee camp in Baalbek. One result of pressure on the UN Agency is that liaison officers were appointed by the ministry to attend health committee meetings. However, the government response remains confined to verbal support and coordination with UNRWA, but does not extend to providing preventive items such as steriliser and masks.

The Ministry of Labour’s procedures towards non-Lebanese citizens — Palestinian and other refugees are not given Lebanese citizenship, no matter how long they have lived in the country — coupled with the collapse of the local currency has left Palestinian workers, most of whom are labourers employed on a day-to-day basis, in financial turmoil. According to Adnan al-Rifai in Ein al-Hilweh, the effect of the pandemic has been to increase the unemployment rate amongst Palestinian workers from 60 to 90 per cent.

The Palestinian factions have voiced their disappointment and discontent with UNRWA, especially with regards to the financial aid provided for refugees. Initially, the agency sought to confine this assistance under its Social Affairs programme. However, the factions rejected this because the financial situation of all Palestinians has deteriorated. Furthermore, it is an existing programme and UNRWA’s data is not precise, which will hinder its ability to target the refugees who are most in need.

Under pressure to provide aid to all refugees, UNRWA was able to secure additional funding. This prompted the factions to ask why the agency had not done this when the scale of the pandemic became clear. “UNRWA has formally requested the factions to secure additional funding,” explained Al-Rifai. “This means that it is abdicating its responsibilities as the agency’s director and staff are paid to work for the benefit of the refugees.”

UNRWA has apparently secured up to $5 million in additional funding, equivalent to $28 per refugee. This is described as being a very small amount in light of the currency’s collapse, especially if the payment is not regular.

After months of delay, UNRWA began to distribute the promised aid but the process ground to a halt in June because of operational difficulties. According to Al-Rifai, the reason for this was that the number of recipients far exceeded UNRWA’s expectations. This could be because most official statistics do not represent the real number of Palestinian refugees for political reasons. UNRWA’s Hoda Samra, however, claims that the main reason is that aid was allocated to those not entitled to it, including some who are possibly resident overseas. This forced the agency to suspend the distribution process and to search for secure ways to verify the beneficiaries’ identities.

There are contradictory reports on the number of Palestinian refugees in Lebanon. According to UNICEF, there are approximately 192,000, of whom 17,706 are Palestinian refugees from Syria. According to UNRWA’s website, however, it has 475,000 registered refugees on its books, 180,000 of them registered for residency purposes. This means that there are about 295,000 refugees in Lebanon who benefit from UNRWA’s services, which contradicts the committee’s figures mentioned above.

Surprisingly, the numbers given in the latest report produced by the Lebanese-Palestinian Dialogue Committee during the Covid-19 crisis were also different to those in its 2017 report. It claims that there are currently 275,171 refugees, whereas it said previously that there were 114,206. The statistics per camp are given in the following table produced by the Committee:

According to a field study conducted on Palestinian asylum seekers from Syria in Lebanon between 2013 and 2018, there are 31,000 Palestinian refugees who have made such a move. However, the Lebanese-Palestinian Dialogue Committee has given the figure as 18,601.

The field study denotes average family size as 5.6 members. This is greater than the average size of Palestinian refugee families in Lebanon, which stands at 4.5 individuals per family. Many families share homes in order to share the rental cost.

In contrast to the increase in the number of Palestinian refugees, UNRWA’s services are shrinking after the suspension of US funding in 2018, which has contributed to a financial deficit estimated at $1 billion.

New UNRWA Commissioner-General Philippe Lazzarini has attempted to attract more funding from the international community. However, funding and aid have not yet reached the levels required.

Ultimately, the Palestinian refugees are paying the price for international and regional political disputes. These refugees, concluded Al-Rifai, are “dead on both sides; between health and hunger. In Palestine, they kill our children with guns, tanks and aircraft; in Lebanon they kill us with health and education.”

Hala Nouhad Nasreddine is an independent investigative journalist; she is currently an editorial fellow at the Arab Reporters for Investigative Journalism (ARIJ) and a freelance journalist with different media platforms 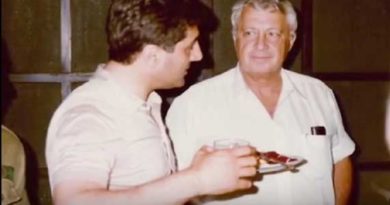 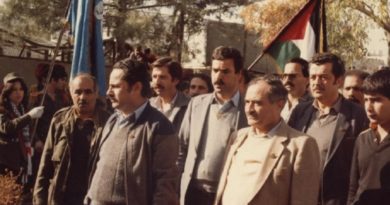